Create an Account - Increase your productivity, customize your experience, and engage in information you care about.

Christopher Battiloro was officially appointed as the Town of Westfield’s 10th Chief of Police on December 13, 2018 by the Town Administrator following an extensive and thorough search process.  Having served as the Acting Chief of Police since August 1, 2018, his permanent appointment received the consent of the Mayor and unanimous approval of the Town Council.

The son of former Westfield Fire Chief Paul A. Battiloro, Chief Battiloro was raised in Westfield and graduated from Westfield High School in 1991 and Clemson University in Clemson, SC in 1995 (BA, History).

Upon graduating college, Chief Battiloro was almost immediately appointed to the Westfield Police Department as a 9-1-1 Police-Fire-EMS Dispatcher.  He was subsequently appointed as a Patrol Officer in 1997 and attended the John H. Stamler Police Academy of Union County, where he graduated #1 in his police officer recruit class.

As a Patrol Officer, Chief Battiloro was assigned to the Union County Prosecutor’s Office’s High Tech Task Force.  While assigned to this newly-created, innovative investigative unit, he was granted the authority of a county detective/investigator and possessed full police powers in all criminal matters.  He was charged by the Union County Prosecutor with investigating crimes that involved the use of computers, which included, but were not limited to: various types of theft; possession and distribution of child pornography; and other forms of child endangerment and exploitation.

As a result of his performance while assigned to the High Tech Task Force, Chief Battiloro was named “Union County Municipal Police Officer of the Year” in 2001.  He was selected to receive this award by the Union County Prosecutor from among 2,000 full-time, regular municipal police officers in Union County.

As Captain of Police, Chief Battiloro was initially assigned as the commanding officer of the Operations Division – the department’s largest component – with direct supervisory authority over and full responsibility for all uniformed patrol supervisors and patrol officers.

Just prior to his appointment as the Acting Chief of Police, he was assigned as the commanding officer of the Administrative Services Division, with direct supervisory authority over and full responsibility for all sworn police officers and civilian employees assigned to the department’s various specialized bureaus, units and/or functions.  These included: 9-1-1 Police-Fire-EMS Communications; Agency Training; Internal Affairs & Professional Standards; Records & Information Technology; Special Police Officers; and Traffic Safety.

As the commanding officer of the Internal Affairs & Professional Standards Unit, Chief Battiloro conducted or supervised the investigation of over 150 complaints of police misconduct and alleged violations of department rules, regulations or operating procedures by sworn law enforcement officers and civilian employees.

Chief Battiloro is a New Jersey Certified Emergency Manager – 1 of only 200 such credentials ever awarded to date – and also serves as the Emergency Management Coordinator for the Town of Westfield.  He has commanded operations during several major emergencies, such as Hurricane Irene in 2011 and Hurricane Sandy in 2012, as well as complex special events requiring extensive security planning.

Chief Battiloro and his wife, Jana, have three children: Linnea Faith, Christopher Zachary and Meghan Elizabeth.  He is extremely proud to serve as Westfield’s Chief of Police and looks forward to serving the Town of Westfield and its citizens for years to come. 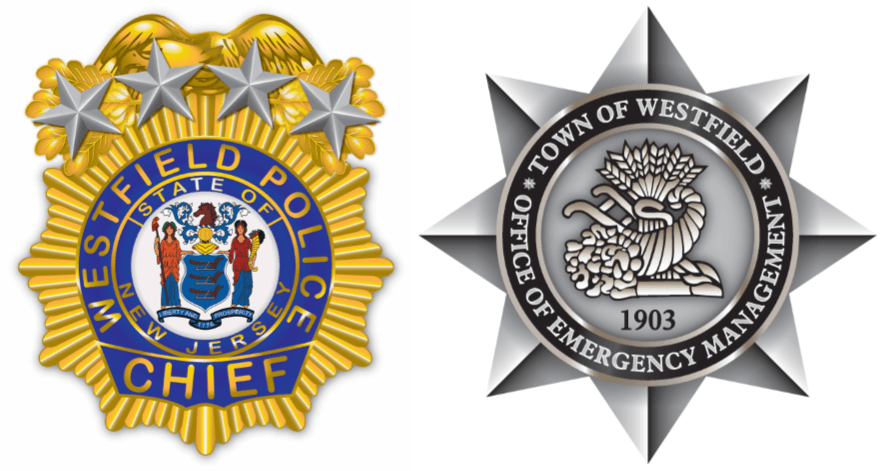